Hello, My name is Jennifer Baxter and I am a medically retired Air Force veteran

Hello, My name is Jennifer Baxter and I am a medically retired Air Force veteran. I fell victim to the prescription opioid crisis for several years, both in service and post-service in the VA system. I found cannabis a couple of years ago and would like to share my story of success in eliminating the 600 pills a month I was being prescribed. Please take a moment to read my story and feel free to contact me with any questions. I am highly motivated to advocate for this change and to be a voice for so many others who are struggling.

Raised in a household with a father and step-mom as Sherriff’s deputies, both retiring after 26
and 20 years (respectively) was a childhood based on Law Enforcement ideation, law following
and strong morals. I was also a child of the 80’s when D.A.R.E and “Just Say NO,” were iconic
staples in elementary schools; rallies, school projects and classes strongly focused on the
governments agenda surrounding the “war on drugs.”

Having a strong passion to pursue a career in law enforcement, I could often be found doing
“ride-alongs” with my step-mom, as a senior in high school. I wanted to serve, I wanted to help
people, and I wanted to make this world a better place in general.
In 1997, I graduated high school, took a year off, and joined the United States Air Force as a
Security Forces (Military Police) member.

I took my career very seriously and loved every aspect of being a cop. As a young troop, I often
volunteered my off-duty time to provide an extra patrol to undermanned shifts. I was highly
motivated and proactive in my job, I conducted traffic stops and made DUI arrests and seized
drugs. I worked many jobs within the career field and eventually found myself in charge of our
Squadron’s Criminal Investigations section. Prior to my PCS (permanent change of station) to
Brig duty, I took part in a temporary, 1-month position, assisting the Air Force Office of Special
Investigations in a large-scale drug ring, ultimately being awarded the Air Force Achievement
Medal for my assistance.

I had a spotless career, zero disciplinary issues, consistently earning the highest annual ratings. I
received an early promotion to E-4 and earned E-5 (SSgt) my first-time testing. I was awarded
things such as squadron “Airman of the Year,” “Airman of AEF 1” while deployed to Saudi
Arabia, “NCO of the month,” both stateside and deployed, “Hard Charger,” and the coveted
“John L Levitow” award during Airman Leadership School. I continually strove for greatness
and was repeatedly entrusted with leadership positions, some well above my rank.
Throughout my career, I endured several physical injuries, resulting in more surgeries than I care
to admit. Back, knee, neck, and 6 foot surgeries ultimately led to my fate.

In 2011, I had my 4 th of 6 foot surgeries. Unfortunately, the surgery was not successful and I had
several complications; my surgeon admitting, “I haven’t had this happen in 30 years of practice.”
Two more surgical attempts to correct my severely disfigured, painful, and mechanically
incorrect foot was what sealed my fate for my career and I underwent a medical board
evaluation. But that’s just the beginning of my story.

As we all know, with surgery comes pain and with pain comes pain medication. In surgeries
past, to include an invasive spinal surgery, I always had leftover pills and applauded myself in
my quick recovery, ability to cease use and that “following the rules” meant proper disposal of
such. In 2011, that changed.

I underwent three foot surgeries from 2011-2012 and again, pain pills and refills were necessary
to keep me comfortable, at first.  I eventually got to the point where I paid, out of pocket for a
civilian doctor who was “known” for being generous with pain medication and was able to
continue treating my symptoms with fentanyl patches, Percocet and any other opioid
I could get prescribed.

I realized that, after seeking this doctor out, that I wasn’t just feeding a pain
problem, I was feeding something more. But I wasn’t addicted…not me…I’m above that! I told
myself that I was in control. I legitimately “needed” them…or so I convinced myself. Physical
ailments were not the only issues I was dealing with. PTSD, anxiety and depression were also
on the table and again it was pharmaceuticals that I leaned on for help.
My medical board was conducted and I was awarded a medical retirement in December, 2012.
I transitioned into the VA medical system for continued healthcare, but not before finding an
interim civilian doctor who would keep my opioid bottle full.

I’m not entirely sure when it got to this point but before I knew it, my life spiraled into a black
hole of pill addiction. 480 oxycodone, 60 timed-release morphine, 30 anti-anxiety/depression
pills and 30 ambien. ONE month’s supply. 600. Pills. A. Month.
My life was completely controlled by those little white oxy pills. Due to the status of my
retirement, I was restricted on working, so this was now my life. I lost my career, my identity,
my purpose.

I’d wake in the morning with a significant edginess that was only cured by grabbing the bottle
off my nightstand and taking four Oxy’s. Every day was the same. Every day I watched the
clock tick for the minimum four hours to pass so I could take more. Hey, I’m still being
responsible, right? Four pills, every four hours, day after day, month after month, year after
year. I made my doctors appointments every month to make sure I kept the refills coming. The
pattern evolved. Pick up pills, get in my car and throw back 4-5 pills with some energy drink
and be on my way. Phew. I got my supply, for another month at least.

In 2015, after years or pill usage, my tolerance became higher. I ran out of Oxy a few days early,
experienced a temporary bout of severe withdrawal before realizing the slow-acting morphine
would take the edge off. This was also the first time in my life that I considered possibly having
to seek out heroin as a potential solution for being out of my supply. Thankfully, the morphine
was enough to keep me level, but the bad news was that I’m now consuming 480 Oxy pills in 21
days…because I had a workable system in place. An accidental overdose was a very real
possibility.

Still without purpose or a sense of identity, my life consisted of this vicious cycle. I stayed in
bed or on the couch daily and contemplated ending my own life on more than one occasion. I
was sick, mentally, physically, spiritually. I was afraid to go on trips for fear of running out of
pills, so avoidance became the norm. I was angry, depressed, and sick and lost control of my
whole life to these things.

One day in mid-2015, I got out of bed to use the bathroom. I had a thought cross my mind that
stopped me in my tracks. “I don’t even want to deal with getting up to use the toilet.” That
thought was quickly followed by, “what’s wrong with me? This is NOT who I am. I could
NEVER tell anyone how I feel.” This was my secret. This was also the point that I realized the
dire need to make changes or I knew I would end up dead. Intentionally, or unintentionally it
didn’t matter…one was imminent.

Through that winter and in the beginning of 2016, I began making changes in my life. I knew I
needed to do something different and eliminating these pills was at the top of the list. I heard
“through the grapevine” about veterans who were starting to use cannabis in lieu of prescription
medication. I didn’t understand it, I had never tried cannabis and with my upbringing, career,
and beliefs, how could an illegal substance be better than our trusted medical system? I did some
significant research and decided to give it a try. I didn’t want to die and I didn’t want to admit
my problem to anyone or go through “the system’s” typical programs.
I began to use cannabis and it was highly instrumental in helping me ween off of the deadly
cocktail that had become my life. My first “win” was picking up my monthly stash, getting in
my car, driving home and putting that brown bag on my dresser, where it sat, unopened. After
six and a half years of daily pill usage, I finally and successfully stopped using all pain pills.
Anxiety and sleep meds were soon to follow.

I continued becoming educated in the medical cannabis arena and even more-so in veteran usage.
PTSD, anxiety, depression, severe chronic pain, and sleep problems were still very prevalent in
my life. I made the conscious decision to handle treatment of these ailments using cannabis and
for the first time in a very long time, I began to not only re-gain my sense of self, but I came out
a better version of myself than I had ever been before. I also began incorporating other healthy
lifestyle changes naturally, such as a better diet and physical activity.

I now use medical cannabis on a daily basis and will barely take an over the counter pill for a
headache. I don’t reach for it the moment I open my eyes in the morning, like I did with the
pills, nor do I want to put that handgun to my head. There’s never a thought of an accidental
overdose, nor do I need to worry of withdrawal symptoms if I don’t medicate one day. I serve
my community, I attend regular peer support activities, I foster dogs, and I am living a full,
peaceful, and happy life. My conditions are still there, how I choose to treat those issues is
definitely one that constantly reigns controversy. In perspective, there’s only a handful of
veterans who have also turned from the deadly pill cocktails, defying standard practices in states
where cannabis is still illegal, all in an effort to live manageable lives.

In January of 2018, I underwent extensive shoulder surgery. This was the first surgery I would
face since ceasing all pill usage. I established a plan and shared it with my partner and amazing
support system. We brought the bottle of pills home as a “just in case,” because I did not know
what to expect…I had always treated surgical pain with pills. I successfully treated all post-
surgery pain with a variety of cannabis products and did not touch one pill. I was not sick,
irritable, or weak like previous situations. I did research and chose items tailored to my needs. I
organically decreased cannabis use, to a “use when needed” agenda, and the day I dumped the
full bottle of pills in the amnesty box at the VA was one of the most cathartic events of my life.
We are constantly putting in efforts to bring an awareness and lower the suicide rate of 22
veterans a day, but too many turn a blind eye to what is actually causing this epidemic. If my
story isn’t proof enough that we know what a strong contributor is to this problem, take it from
the few veterans that have figured out what actually works.

Daily opioid use or cannabis? You decide what looks better. Cannabis saves lives. 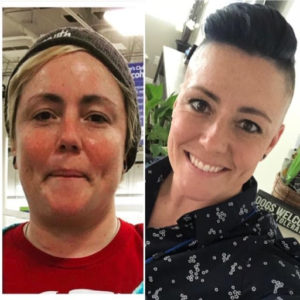 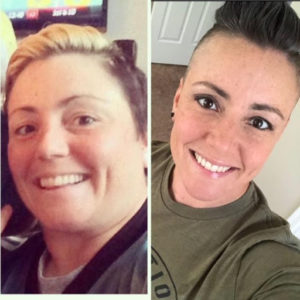